“But whatever was an asset to me I count as loss for the sake of Christ. What is more, I consider everything a loss because of the surpassing worth of knowing Christ Jesus my Lord, for whose sake I have lost all things. I consider them garbage, that I may gain Christ.” -The Apostle Paul (Philippians 3:8)

As fond as I may be of lighthouses, this particular scene paints a rather depressing picture and I guess you already know why. Nevertheless, I was still inspired by it.

If you are not familiar with Paul’s life (His pre and post conversation exploits), you may not fully understand his declaration in the above text. However, if you are then you can most certainly empathize with him.

Scriptures declare that all good gifts are from God (James 1:17), but we must remember that everything comes to an end, even good things. This, of course, doesn’t mean that we cannot value, cherish, and become emotionally attached to some of life’s blessings. People, pets, and heirlooms can become so much a part of our lives that we suffer distress when we lose them. The same can be said of social stature.

Loving and treasuring earthly things is not a taboo nor is it sinful unless we allow it to consume us. Relationships, possessions, and positions can easily become obsessions, addictions, and even gods. Many earthly things can indeed fill us with a sense of belonging and security but they can also rob us of our true identity, purpose, and worth. However, the more we seek our heavenly Father through earnest prayer and Spirit-led worship the more we get to know and love Him. And the more this love grows the less we are engrossed by or become anxious about the temporal things of this world. 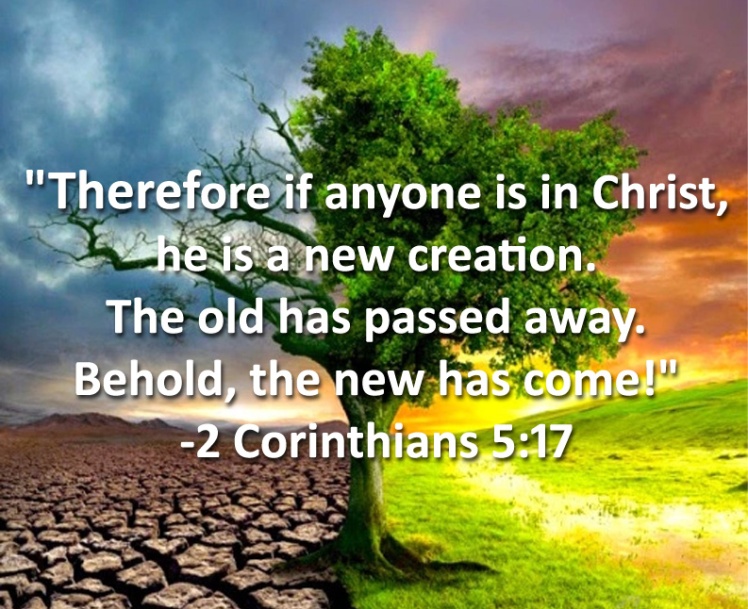 Before his conversion, Paul was determinedly fulfilling what he believed was his life’s assignment. His intellectual achievements and spiritual feats rendered him a true zealot. But Paul experienced a transformation that gave his life new meaning, purpose, and eternal security. As a result, he could no longer rely on let alone pursue the ambitions of his formal life. Now his focus was “on things above and not on earthly things.” (Col. 3:2). His popularity, successes, and all the approbation he received for his “righteous” victories were rendered worthless compared to the priceless treasures available in Christ Jesus. (Eph. 3:8).

May I suggest that when Paul referred to his past as garbage, he was referring to more than just his religious and academic achievements. In light of the new revelation he received about life and eternity, he had to let go of some ideologies and perhaps even some “friends.” Nevertheless, those same friends were now going to be part of his new commission. That’s because following his encounter with the risen Messiah, Paul’s life became a daily living testimony of the power of the Gospel (Rom. 1:16), a power he experienced first hand on his way to Damascus. This power was the driving force behind his new Kingdon-focused vocation. However, the privilege of being able to fellowship intimately with his Lord was more important to him than his ministry, relationships, and even his very life. That is why after enduring all that the Lord said he would have to suffer for His name’s sake (Acts 9:15-16), Paul was ready to receive the reward for giving up his earthly assets and pursuing heavenly riches.

“For I am already being poured out like a drink offering, and the time of my departure is at hand. I have fought the good fight, I have finished the race, I have kept the faith. From now on the crown of righteousness is laid up for me, which the Lord, the righteous judge, will award to me on that day—and not only to me but to all who crave His appearing.” -2 Timothy 4:6-8

What have you forsaken in order to follow Christ? Compared to what you’ve gained, could you echo Paul and say that it was all waste/garbage? Remember, that would include not only material things, but also relationships, ideals, and successful endeavors. Perhaps you don’t necessarily believe everything in your past was garbage since, in your opinion, some things weren’t THAT bad. But the fact that you had to forsake them most likely means they were detrimental to your new spiritual life.  And if you ever thought that Paul’s choice of word was a bit harsh, consider what the original Koine Greek word also means. The term “garbage” in this text derives from skubalon, which refers to refuse or excrement. Non-biblical sources of that time use it almost exclusively to refer to digestive wastes: feces. That sounds even worse, outright offensive to most! But again, comparing his past accomplishments and the motives behind them to what he had now gained, perhaps that is precisely what Paul meant and how he actually felt.

To value (love, honor, pursue) anything more than God is an outright offense to the One who “. . . gave up his divine privileges; took the humble position of a slave and was born as a human being. And being found in appearance as a man, He humbled Himself and became obedient to death—even death on a cross.” (Phil. 2:7-8). After all, He didn’t have to do it, but He did it simply because He thought YOU and I were worth it!

I don’t know about you, but looking back and seeing how my values, desires, and goals have been transformed since I surrendered my life to Jesus, I must say that EVERYTHING  I once held dear and all the earthly things that still surround me, just like in the featured image, are nothing more than garbage.

If your life has been changed by Jesus Christ, I invite you to say this prayer:
Lord, thank you for coming into my life. Thank you for giving it a new meaning and a new purpose. And thank you for the peace and satisfaction I never could find in all the pleasures and accomplishments of my past life. No one or nothing can ever take your place. Help me to keep my light shining in the midst of this evil and dark world so that I may honor you in all I say and do. Amen!

If you desire to have a new life in Jesus Christ, follow this LINK.

ADDITIONAL SCRIPTURES
James 1:17 – Every good and perfect gift is from above, coming down from the Father of the heavenly lights, who does not change like shifting shadows.

Ephesians 3:8 (NLT) – Though I [Paul] am the least deserving of all God’s people, he graciously gave me the privilege of telling the Gentiles about the endless treasures available to them in Christ.

Romans 1:16 – For I [Paul] am not ashamed of the gospel, because it is the power of God that brings salvation to everyone who believes: first to the Jew, then to the Gentile.

Acts 9: 15-16 – But the Lord said to Ananias, “Go! This man [Paul] is my chosen instrument to proclaim my name to the Gentiles and their kings and to the people of Israel. I will show him how much he must suffer for my name.”

All Scripture is from the NIV except where indicated.

3 thoughts on “All Else is Garbage”

Jesus loves you more than you know

if anything is excellent or praiseworthy--think about such things.

Growing Closer To Christ From The Inside Out